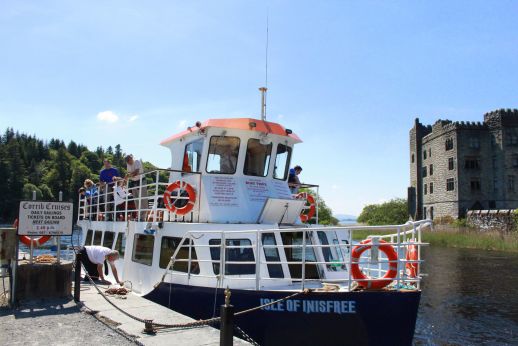 Corrib Cruises is a family run passenger boat service on Lough Corrib, County Galway, Ireland, operated by brothers Patrick and David Luskin. Corrib Cruises was founded by John Luskin in 1976. John was a native of Cong County Mayo and from a very young age he had a great love for Lough Corrib. As a young man he loved nothing better than a day's fishing on this wonderful lake.

In 1975 John and his wife Kitty, while visiting The Isle Of Wight were presented with the opportunity of a lifetime. While chatting to some locals, it was brought to his attention that the "Cunard Line", owners of the famous "QE2" were selling the original tenders (lifeboats) of the liner at auction in Sandwich Marina, in Kent. He arrived at the auction house just as the last of the tenders was coming under the hammer. On a whim John purchased the tender for £GBP 10,000.

At this time John ran a joinery business in his home town Cong, and had up to 30 men involved in the building of the new wing at Ashford Castle Hotel, which was owned by millionaire Jack Mulcahy. John formed an excellent relationship with Jack and together they agreed that, having a passenger boat on the lake at the castle would be of great benefit to the area.

Over the following years John wound down his joinery business and gave all his attention to developing his new enterprise. He renamed his boat "The Corrib Queen" and over the years he met many famous people, including President Reagan, Bob Hope and Tom Watson, just to name a few. 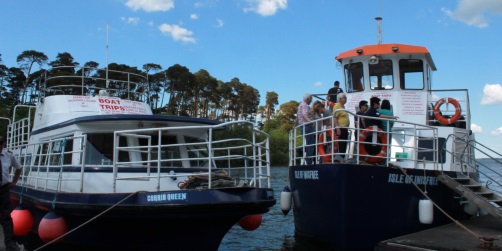 Today John's two sons, Patrick and David own and run the company and have extended the fleet. Patrick operates "The Isle Of Inisfree", an 80 passenger vessel out of Cong, while younger brother David operates the 50 passenger "Corrib Queen 2" out of Oughterard.

Together they serve Cong Co. Mayo, Oughterard, Co Galway and the historic island of Inchagoill, which is exactly half way beween the two. Collectively Patrick and David have decades of experience, and they offer their passengers that personal touch, only afforded in a family business with such a heritage.

We use cookies to ensure that we give you the best experience on our website. If you continue to use this site we will assume that you are happy with it.OkNoPrivacy Policy